Many English teachers would probably agree that teenagers are the most difficult age group to teach.

However, teen classes can also be fun and rewarding for both students and the teacher. They definitely are at Teach Me Language! We believe that the material we use in class is a crucial factor for making a teens class a successful one!

During the lesson we focus on the practical aspect of the language like Speaking and Conversation because it boosts our students’ confidence and increases their motivation.

In addition to that, we also prepare the students for their school tests by studying the course book they use in school so that they can improve their grades and general performance.

It’s important to remember that motivation is a key concept in foreign language learning and it’s our job to make it happen!

New Year’s Day has come and gone so now it’s time to write down your New Year’s resolutions! Did you know that statistics prove that written goals are essential to those who wish to become successful in life? So what are you waiting for? Grab a pen and write down what you wish to achieve/change in your life in 2017! Or you need some more convincing? Well… there you go then! 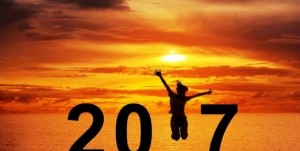 What do WRITTEN RESOLUTIONS do?

1. They increase focus and motivation. Keeping that yearly goal in front of you and reading it at least once per day will dramatically increase your effectiveness.

2. They clarify what is is that you really wish to accomplish in your year and your
life.

3. They will give you purpose.

4. They encourage you to think big and think outside of the box.

Also, remember that your goals do not necessarily need to be job related.
They could concern your family, friends, free time, etc. The most important
question you should ask yourself is: HOW CAN I BECOME A BETTER
PERSON?

Theodore Roosevelt once said: “Believe you can and you’re halfway there.” Have you ever heard of a mountain climber say to him/herself, before climbing a mountain, “there’s no way I’m going to make it to the top!” Of course not. A person with such a mindset would indeed probably fail. 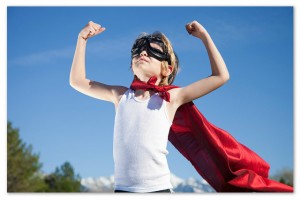 Confidence is essential when it comes to language learning, especially in the Speaking part. Theodore Roosevelt’s wife, Eleanor, once said something that I want you to re-read a couple of times because it is so important and so relevant to the study of a foreign language: “Confidence comes not from always being right but from not fearing to be wrong.”

Learning a language is all about expanding your comfort zone. Try not to have negative thoughts like: “Unless I learn at least 5000 words and go through this grammar book there’s no way I can talk in [insert target language]. Nobody would understand me!” “If I open my mouth they will probably all laugh at me.” Trust me! Things can change as soon as you push yourself to get outside that comfort zone we’re talking about.
Of course you may make grammar mistakes or you might pronounce some things in a wrong way and the other person won’t understand you, buy hey…. you’re learning…. right?

Have you ever had a feeling: ‘The more I learn the less I know?’
That’s the other very important thing to keep in mind: learning a language is a never-ending process, because a language is ALIVE, and that’s what’s so beautiful about it!

There are certain German words that have only one single translation in your mother tongue but in German language several words can be used.

Today we will try to explain the difference between: SPRECHEN / SAGEN / REDEN. 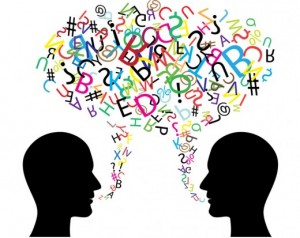 The meanings of these words are quite similar to “speak” “say” and “talk.”

1. The verb sagen just means “to say” or “to tell” in a short, single action:

Er hat gesagt, dass ich auch kommen soll:
He said that I should come too / He told us to come too.

This verb can also be used with an indirect object (I told him / I said that to her):

2. In terms of the verb sprechen, it implies that the act of speaking is somewhat longer. However, there doesn’t actually have to be any interaction between people :

It implies that this person spoke about it for a while, However, it doesn’t mean that the other people listened to him. In other words, no interaction was needed.

3. So, what about the differences between sprechen and reden? These two verbs can almost be considered synonyms. However, if you really want to know what makes them different, sprechen is used more to talk about the ability to speak or to use languages. For example:

In the other cases, ‘sprechen’ and ‘reden’ can be used interchangeably:

Germans will say the two phrases above interchangeably without making any distinction between the two. However, if you want to make a more precise comparison between these two verbs, ‘geredet’ usually implies an exchange of information/opinions. For example:

• Wir haben viel gesprochen = We spoke a lot (not necessarily with each other) .

• Wir haben viel geredet = We talked a lot (with each other, there was for sure an exchange of information, opinions, etc.)

Although sprechen and reden are synonyms, the verb sprechen is a “nicer, more formal” word, and it emphasizes a more correct and sensible way of speaking. On the other hand, reden can imply ‘chatting’. Therefore, this verb is never used in formal letters!

Hi! My name is Renata Lajko, the director of the Teach Me Language School. It’s my great pleasure to introduce you to a new YouTube Channel : English Grammar with Renata where you will be able to watch English Grammar Videos and download PDF Sheets to practise grammar FOR FREE! I hope you’ll enjoy it and find it useful. Show your gratitude by leaving comments. They will be highly appreciated.

PDF FILE TO DOWNLOAD FOR FREE HERE : PRESENT SIMPLE by Teach Me Language.eu

They all mean that thanks to ‘Teach Me Language’ online school you can now learn a foreign language wherever and whenever you want.

It’s a service that offers busy people like you an ultimate flexibility. You can pick lesson times that fit around your busy lifestyle and full calendar. You can also learn from any location. Many of our students have their private classes in their offices during their lunch break or in a hotel room when they are on a business trip far away from home.

Thanks to one-to-one language training you will achieve your goals quickly with support and motivation from your own personal tutor. The individual online classes are tailor made for your individual needs but you will mainly practise your Speaking skills which are the key to any effective language courses.

START THIS AMAZING AND ENRICHING EXPERIENCE TODAY AND BOOK YOUR FIRST FREE TRIAL LESSON on www.teachmelanguage.eu !